Over the recent weeks there has been a lot of talk about the small press, so much of it negative: its failings with regard to paying authors, unfair/ridiculous contracts and terms, and all around dodgy business practices. Small press publishing, done correctly and honestly, is never easy. This is not an excuse. It’s also true that substandard practices flourish in this arena, and unfortunate that all too often these shortcomings burst to the fore. The indictments, and the frustrations they beget, are not without merit. However, it is also lamentable when the small press—which has a lot to offer—undergoes so much public maligning.

I have my own opinions, but I’ve largely avoided participation in recent discussions concerning, near as I can tell, the spectacular flaws on many levels of the small press community. Such conversations always make for difficult reading. But instead of weighing in, I thought I could learn more by listening and paying attention to what others were saying. Much of what I heard is not new—scandal embroiled small presses almost always echo each other in their manifestation: broadly speaking, bad and/or disingenuous management.

My own experience with running Swan River Press—working with authors, talking to readers, exploring old volumes, discovering new ideas, and having extraordinary experiences I otherwise might not have had—has been nothing short of pleasurable. It is hard work, always hard work, but for me it is immeasurably rewarding.

Instead of levelling accusations, naming names, and rehashing wrongs, I’d prefer now to have a discussion about how to run a small press successfully: what small presses get right, how to do it well, and the challenges that those running a small press might face. I don’t claim to have all the answers, and certainly each small press operates differently, but I’m confident that we also share commonalities, and can probably learn from one another too.

I’d like to start by opening up to questions on running a small press. What challenges do you face? What operational mysteries seem inscrutable? We can talk about the creative aspects, the financial elements—anything, really. I’d like to hear from writers, readers, editors, critics, other publishers, artists—anyone who has had any experience whatsoever with the small press. 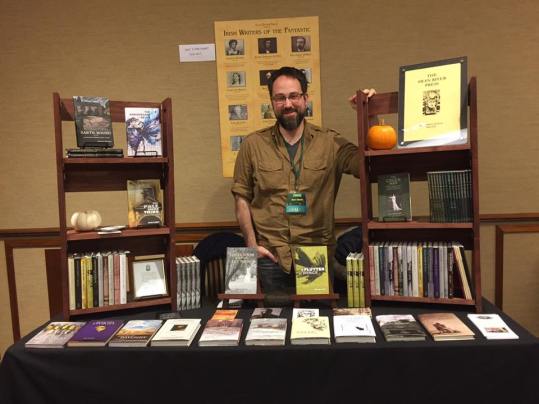 Given that all small presses are different, maybe I should also give you a bit of background on my own. Swan River Press started casually enough in 2003 with hand-bound chapbooks—ghost stories mainly. By 2010 I had expanded into limited edition hardbacks with print runs between 300-400 copies. Again, I tend to stick to supernatural and fantastical fiction, mostly short stories, though occasionally novels. While I happily publish writers from around the world, being based in Ireland I place particular emphasis on Irish literature. I publish contemporary writers, such as in our Uncertainties anthology series, and bring back into print fine editions of overlooked or underappreciated works. I also run a twice-yearly non-fiction journal called The Green Book, which focuses on Irish genre writing. All of our books are printed traditionally, which is to say I’ve not yet ventured into print on demand or digital. If you want to know more, our website is a good place to start.

I’m employed in a full time day job unrelated to publishing, often working on Swan River during the evenings and weekends. My core team is a small one, consisting of a designer, a proofreader, and a typesetter, thought many others have contributed over the years. There’s no office or storage, apart what’s in my rented accommodation, and unless someone gives me a hand, I take care of the daily tasks myself. I’m not even certain I could say how many hours per week are devoted to the press, but sometimes it feels like every spare one. Even my lunchtime reading, though pleasurable, is usually a press-related investigation.

If you enjoyed this post, have a look at the rest of our Thoughts on Small Press series.

So where should we begin? I can be contacted by email, Twitter, Facebook, or in the comments below. Please share this post where you think is appropriate. I’m looking forward to hear from you!