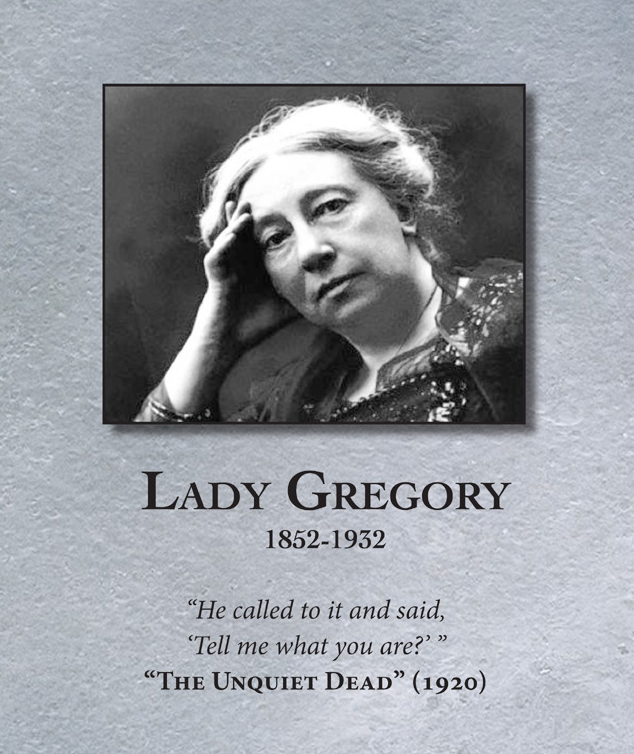 Lady Gregory (1852-1932), noted folklorist and playwright, was born Isabella Augusta Persse to a wealthy Anglo-Irish family in Co. Galway on 15 March 1852. In 1880 she married Sir William Henry Gregory, former Member of Parliament and once-governor of Ceylon. After Sir William’s death in 1892, Lady Gregory started collecting Irish legends and folklore, a lifelong interest that took form as Cuchulain of Muirthemne (1902), Gods and Fighting Men (1904), A Book of Saints and Wonders (1906), and Visions and Beliefs in the West of Ireland (1920). She was a friend and collaborator of W. B. Yeats, with whom she co-founded the Abbey Theatre in 1904. She also wrote a number of plays, mainly comedies and fantasies inspired by Irish myths. After stepping down as director of the Abbey Theatre in 1928, she retired to her family residence at Coole Park, where she did on 22 May 1932. She is today remembered as one of the leading lights of the Celtic Revival. 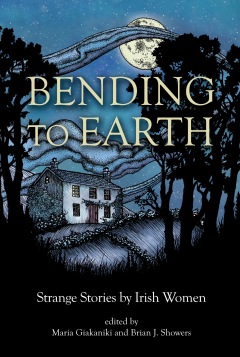 Order a copy of Bending to Earth.

Irish women have long produced literature of the gothic, uncanny, and supernatural. Bending to Earth draws together twelve such tales. While none of the authors herein were considered primarily writers of fantastical fiction during their lifetimes, they each wandered at some point in their careers into more speculative realms — some only briefly, others for lengthier stays.

Names such as Charlotte Riddell and Rosa Mulholland will already be familiar to aficionados of the eerie, while Katharine Tynan and Clotilde Graves are sure to gain new admirers. From a ghost story in the Swiss Alps to a premonition of death in the West of Ireland to strange rites in a South Pacific jungle, Bending to Earth showcases a diverse range of imaginative writing which spans the better part of a century.

Read  an Extract from the Introduction to Bending to Earth.