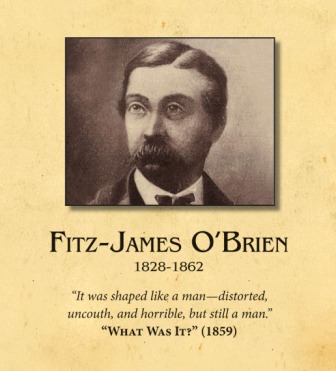 Fitz-James O’Brien was born in Cork on 25 October 1828. Little is known of his early life, though he attended Trinity College and, after a short period in London, emigrated to America around 1851. In New York he joined the artistic Bohemian set, and began writing for various magazines, including Harper’s, Vanity Fair, and Atlantic Monthly. At the outset of the American Civil War in 1861, O’Brien joined the New York National Guard. He was wounded in February 1862, and later died of tetanus on 6 April. His most notable stories and poems were collected in 1881 by his friend and literary executor William Winter. O’Brien’s proto-science fiction stories, such as “The Diamond Lens” and “What Was It?”, are now considered landmarks of the genre. 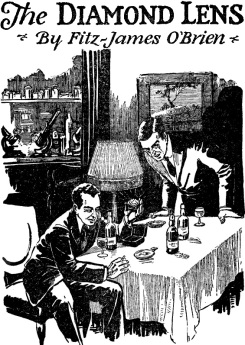 The Poems and Stories of Fitz-James O’Brien (1881)

Find out more about Irish Writers of the Fantastic.

If you’re interested in reading more about Fitz-James O’Brien, have a look at Issue 5 of our journal The Green Book, which features the essay “Fitz-James O’Brien: The Seen and the Unseen” by Kevin Corstorphine.